When Kyle McCarthy put his name down to join Cardiff Metropolitan University’s football team nobody could have predicted they’d get to a point where they might face the likes of Manchester United, Rangers and Wolverhampton Wanderers in a competitive capacity.

But now, following their heroics at the weekend, Cardiff Met Uni FC, which is a team made up of current and former students, are on the cusp of the first round of next season’s Europa League.

They finished seventh in the Welsh Premier League last season so had the chance to reach Europe via a play-off system.

And it all came down to a tense penalty shoot-out against Bala Town after the two sides played out a 1-1 draw.

McCarthy, a sports development officer for Cardiff Met University after completing his post-graduate course in 2017, missed his spot-kick.

Thankfully for him, goalkeeper Will Fuller’s heroics saw them come out on top, sparking wild celebrations long into the night!

ANYONE FOR A EUROPEAN TOUR?? pic.twitter.com/pOfc26He2V

Up next is a ‘glamour tie’ in the Europa League preliminary round which could see them face teams from either Northern Ireland, Gibraltar, Andorra, the Faroe Islands, Luxembourg, San Marino and Kosovo.

Get through that and Cardiff Met could even start dreaming of playing against one of the biggest clubs in the world, Manchester United.

McCarthy admits the whirlwind since Sunday is his biggest achievement in football and he and his team-mates are determined to make sure this wonderful tale does not come to an end soon.

McCarthy told talkSPORT.com: “It’s been a long time coming and hopefully this will just be the start of the next chapter. We never stop on our pathway to where we want to be.

If you’re not still skipping around singing this, you’re doing it wrong! EUROPEAN TOUR

“It’s a long way away but as a Man United fan it would be great to play against them but we have a long way to go before then.

“But to be alongside the likes of Wolves and Rangers and Man United would be an amazing thing but we are by no means getting ahead of ourselves.

“We understand the task at hand to get to that stage and of course stranger things have happened and it’s not impossible but we’ve got a lot of work to do.”

It’s been a great journey for Cardiff Met and McCarthy, 26, who was a promising footballer as a youngster.

He was on the books at Cardiff City before being released at 16 but earned himself a professional contract at Hereford United shortly afterwards.

McCarthy even received call-ups to Wales at Under-18 and Under-19 level, playing alongside Jonny Williams and Danny Ward.

The career as a professional footballer didn’t work out, though, as McCarthy chose to prioritise his education.

But he signed up for Cardiff Met’s Uni team in 2011 shortly after manager Dr Christian Edwards began their rise up the ranks of Welsh football.

Recalling the moment he joined Cardiff Met FC and the journey since, McCarthy added: “I’ve been with the team since not long after Christian Edwards joined as the manager so back in 2011.

“Christian said ‘look we’ve got a great set-up here’ and I joined.

Cardiff Met University are going to the Europa League!

Their men’s team qualify for the preliminary round after beating Bala in the Welsh Premier League play-off.

They’ll learn their opponents on June 11.

“We’ve been a tight-knit group since then and have experienced tough times in Division Three League.

“We’ve done all the horrible things you don’t see like drag the goals out onto the pitch and put them up and put them away after the game.

“Christian has done a phenomenal job but it’s not just him and he’ll be the first to say this. It’s been a collective effort as well but he’s created an ethos and a culture that remains unprecedented in terms of how people buy into the club and what it represents.

“There’s a whole lot of people behind the scenes who have done as good a job as he has too.”

The draw for the prelims are on June 11th and Cardiff Met will play for the right to be in the same hat as the big boys.

Whether they do get that dream tie against Manchester United further down the line remains to be seen but one thing is for sure, this group of players will be BNOCs for life! 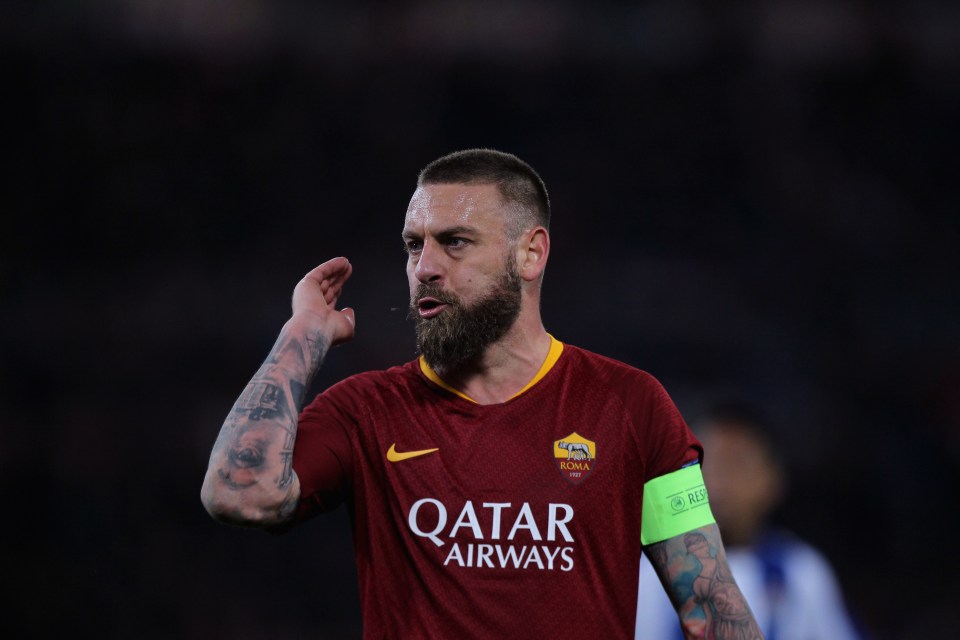