An elderly woman battling two different forms of cancer had vital NHS treatment delayed for months because she couldn’t afford the £150,000 upfront fee.

The unnamed patient came to the UK from Azerbaijan to visit her children in June 2018 – a year after the government rolled out the upfront charging regime as part of its ‘hostile environment’ towards immigrants.

Within months the woman discovered a lump in her right groin, later diagnosed as a nodal malignant melanoma, and subsequent tests revealed she had a separate growth in one of her lungs.

The Home Office turned down an application to extend her six-month visa and, as an undocumented migrant, she became eligible for upfront charging, The Observer reported.

However, care should be provided to chargeable patients who cannot pay upfront where it is deemed ‘urgent or immediately necessary’, according to NHS rules.

The woman’s local trust, West Suffolk, assessed her needs as such a number of times, but they couldn’t provide the immunotherapy desperately needed to treat the melanoma.

She was referred on to Cambridge University Hospitals (CUH) which demanded the upfront fee.

That meant a third trust, Royal Papworth, was unable to provide treatment for the woman’s lung cancer.

Humanitarian organisation Doctors of the World stepped in in August, but it wasn’t until the following month that the patient won her appeal for leave to remain, the fee was dropped and treatment finally began.

A government review of the guidance concluded hospitals should ‘consider fully when a patient can be expected to leave the UK’.

The Observer reported that despite arriving here in June 2018, CUH was still insisting she return home as late as September of this year.

When it eventually did start, the immunotherapy ultimately proved unsuccessful, however it is uncertain as to what role the delay may or may not have played in that.

The woman is now in receipt of end of life treatment in an effort to extend it as long as possible and reduce her pain.

Who left I’m A Celebrity last night and who is in the final?

CUH and Royal Papworth trusts were each unable to comment on individual patient cases.

The department for health similarly indicated it could not comment while government is in purdah.

A Conservative spokesperson told the newspaper: ‘British taxpayers fund the NHS, and it is only fair that overseas visitors make a contribution too. Money raised from charging overseas visitors is reinvested back into frontline services NHS, to ensure everyone can get the care they need.

‘There are exemptions in place for vulnerable people, and the guidance is clear that urgent treatment will never be withheld.’

Anna Miller, a policy and advocacy manager at Doctors of the World, said the woman’s case was ‘a tragic example of how the charging rules are causing serious harm to patients in desperate need of medical care’.

She added it was ‘not an isolated case’.

Dr John Chisholm, chair of the BMA Medical Ethics Committee, added: ‘We believe the regulations must be suspended pending a full, independent review into their impact on individual and public health and whether they are even fit for purpose.’

He said ‘any new guidance’ must inform hospitals and overseas visitors managers ‘so that shocking and distressing cases like this do not occur again’. 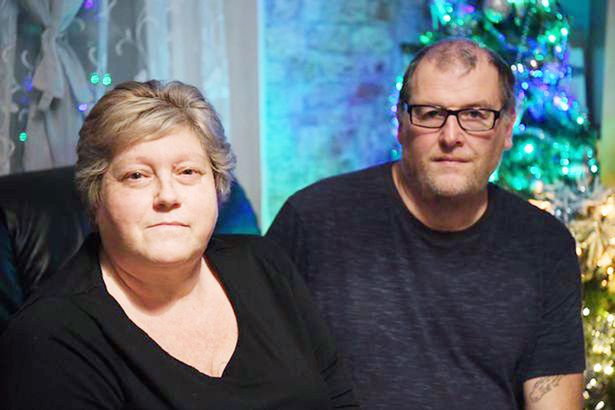