The Conservative Party has been criticised for handing out General Election leaflets that look like NHS prescriptions.

Voters have branded the mock-up prescriptions as ‘disgusting’ and ‘sick’, as the NHS continues to dominate much of the debate in the run-up to the election.

It appears the leaflets have been distributed in constituencies with marginal seats and have been put through the doors of voters whose say could be crucial on December 12.

The leaflets, which adopt NHS branding, say on the front in bold letters ‘A prescription for a stronger NHS’, along with green first aid crosses.

They repeatedly warn of the dangers of a hung parliament, adding: ‘With a majority government, we can continue to grow our economy. And provide more certainty for families and businesses. That means we can invest in public services like the NHS.’

Many took to social media to brand the leaflets as ‘misleading’, saying they are not obviously Tory election leaflets, and that they threw them in the bin once they realised.

It comes after the Tories faced huge public outcry last month over leaflets which were made to look like genuine red top local newspapers, featuring a series of pro-Brexit stories.

At the time, a Conservative Party spokesperson said the mock newspaper adhered to guidelines and that this type of campaigning is used across the UK.

The NHS leaflets feature cartoons and images of doctors and nurses helping patients, while listing policies from the Tory manifesto and insisting that the best thing for the NHS is to ‘get Brexit done’.

Depending on whether the marginal area is Labour or Lib Dem, the leaflets are tailored to warn of the dangers of voting for their opponent in that constituency.

A resident of Raynes Park in Wimbledon, Leni Lava, told Metro.co.uk that they felt ‘disgusted’ when they received the deceiving leaflet through their letterbox.

So here’s the latest Conservative leaflet in a Con/Lib marginal.
Made to look like an NHS prescription.
Doesn’t mention word Conservative or Boris Johnson anywhere in the copy (apart from v small print).
But says vote for “a majority govt”. pic.twitter.com/FDZ5xV31Eb

Leni said: ‘Not sure there are adequate words for it. Just disgust.’

One leaflet, which was distributed in the Labour-hold of Leigh, in Wigan, Greater Manchester, read: ‘Our public services can’t afford uncontrolled immigration – but that’s what Jeremy Corbyn would deliver.’

It adds: ‘In fact, Jeremy Corbyn wants to extend free movement. His plans include giving everyone the right to bring their whole family to the UK’.

Mr Corbyn has repeatedly claimed that under a Tory government the NHS will be privatised and sold off to the US – something which Boris Johnson and his party have vehemently denied.

One social media user wrote: ‘We have received one of these disgusting leaflets in Darlington – another marginal.

‘My partner has a terminal disease and we are dependent on the NHS. They have no shame’.

Journalist Paul Waugh also uploaded images of a leaflet which was distributed in a Conservative and Liberal Democrat marginal seat.

He wrote: ‘So here’s the latest Conservative leaflet in a Con/Lib marginal. Made to look like an NHS prescription.

‘Doesn’t mention word Conservative or Boris Johnson anywhere in the copy (apart from v small print). But says vote for “a majority govt”.’

A social media user retweeted the images and wrote: ‘How sick can you get? The architects of a US trade deal on pharmaceuticals putting out their leaflet to look like a prescription.

‘This is the last prescription you’ll be able to afford under the #Conservative gov.’ 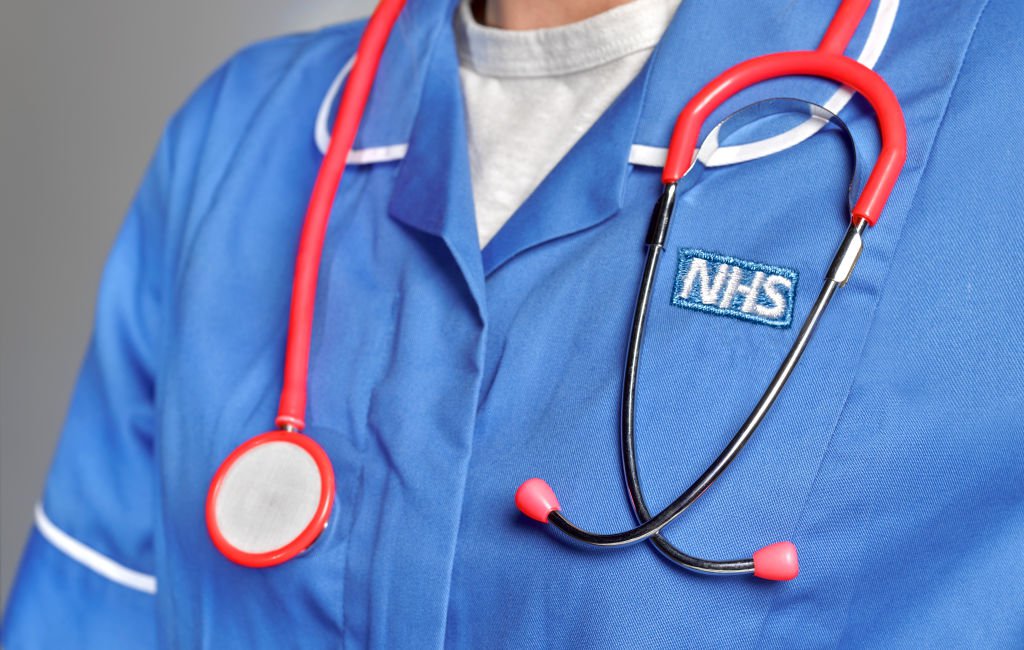