The government has begun removing posts telling people to ‘stay at home’ following the news that Dominic Cummings travelled to Durham while suffering from coronavirus symptoms.

The posts were put out as part of the Stay Home, Protect the NHS, Save Lives campaign, which was started by the government on March 19, but ended during the start of May. One of the images depicts a man and woman sitting in the park together with the caption ‘if one person breaks the rules, we will all suffer’.

Other images show a father and son playing together with the words ‘play your part on the home front’, while another says ‘breaking the rules is breaking the law’. The messaging was changed to Stay Alert, Control the Virus, Save Lives, after the Prime Minister addressed the nation on May 10, but the removal of the posts comes at a time of intense scrutiny for the government.

Boris Johnson is currently facing a fierce backlash after he defended his most senior aide’s journey to Durham at the end of March. Mr Cummings drove more than 250 miles across the country with his wife and child, four, after experiencing coronavirus symptoms himself.

On March 31, Durham Constabulary said they were ‘made aware of reports that an individual had travelled from London to Durham and was present at an address in the city’.

A retired teacher then claims that he saw Mr Cummings taking a walk around Barnard Castle with his wife, around 30 miles from where they were staying in Durham, on April 12.

Downing Street confirmed that Mr Cummings returned to London for work on April 14, but another witness said they saw the adviser looking at bluebells in the woods near Houghall, in County Durham, on April 19.

At the time of all the allegations, lockdown rules meant that the public could only leave their homes for a limited number of reasons, including exercising close by, buying food or medicine, seeking medical attention or going to their job as a key worker.

The guidance changed from May 11 onwards, after Johnson urged those who cannot work from home to return to their jobs and said people can now travel to other spots in England for ‘unlimited’ exercise.

However, the Prime Minister has defended Mr Cummings’ journey in March, stating on Sunday that he acted ‘responsibly, legally and with integrity’. He added that the adviser had ‘followed the instincts of every parent’ and would not be ‘marked down’ as a result.

He added that ‘some’ of the allegations about Mr Cummings’ behaviour during self-isolation were ‘palpably false’ and said he acted with the ‘overwhelming aim of stopping the spread of the virus and saving lives’. 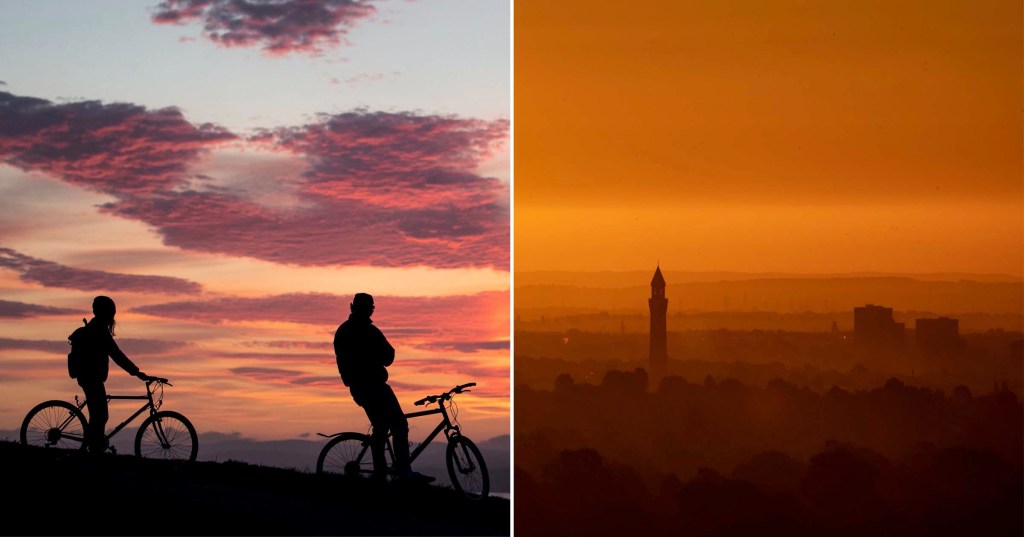