Health bosses have reportedly urged hospitals to plan for surges in A&E admissions ‘similar to that of New Year’s Eve’ on July 4 as pubs and bars reopen across England.

The date has been dubbed ‘Super Saturday’ in anticipation of a rush back into drinking holes for the first time since lockdown was imposed.

Police forces have said they are planning for ‘significant’ operations while local authorities are gearing up for major clean-up operations as sunny weather is set to encourage punters into parks.

New Year’s Eve is notoriously manic for emergency wards as people get injured while drunk or suffer from alcohol poisoning.

Emails from NHS officials to hospital trusts ask them to ‘ensure that your demand/activity planning reflects a busy weekend, with peaks in activity into the evenings similar to that of New Years’s Eve’, according to the Health Service Journal and the Evening Standard.

They call for staff rotas to be managed accordingly and to ensure ‘efforts are maximised from 29 June to reduce bed occupancy ahead of the weekend, should we also see a rise in admitted patients’.

The message has been circulated around trusts in at least two of the seven NHS regions, though it is not known if it has been sent across all of England.

A doctor who confirmed the news, Jonathan Treml, tweeted that he ‘hoped that raising the issue may make a few people reconsider their plans for this weekend’.

Another Twitter user claiming to be a doctor wrote: ‘They’ve put extra doctors on (including me) in A&E saturday night. Expecting a blood bath. Great.’

Dr Katherine Henderson, the president of the College of Emergency Medicine, told The Telegraph: ‘We are nervous. We are bracing ourselves for this weekend.

‘We do understand that people want to celebrate, but we’ve got to do this carefully. It is slightly scary for the NHS.’

In Scotland, beer gardens and outdoor restaurants will be allowed to reopen from July 6, with indoor areas permitted for use from July 15.

Northern Ireland is allowing pubs and restaurants to open from July 3.

Welsh ministers say work to reopen pubs is ‘ongoing’ but have not set a date yet.

Met police commissioner Cressida Dick said her force had been preparing ‘for some time’ and had ‘extra resources in place’.

Speaking to BBC Radio 4’s Today Programme on Tuesday, she said she was ‘not predicting’ violence but that there would be ‘a lot’ of officers on the streets, with ‘more ready… should people get violent’.

‘My message is, if you’re coming out on Saturday, be calm, be sensible.’

Night marshals will be deployed to support officers in Leeds while Greater Manchester Police have scaled up their plans considerably. 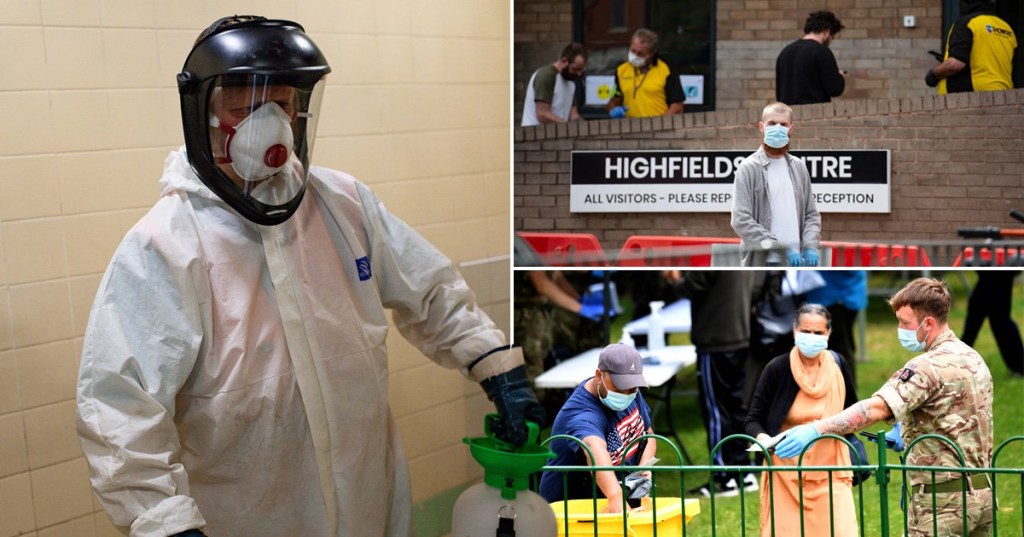