Girl, 2, used mum’s finger to unlock phone and call for help when she collapsed

A young girl managed to raise the alarm when her mother collapsed by unlocking her phone using her finger.

Samantha Mizen, 28, collapsed from gastroenteritis at their home in Poole, Dorset, knocking herself out when she hit her head on the way down. Daughter Sophia, two, thought she was playing and jumped on her back but when she realised something was wrong grabbed her phone.

She put her mum’s finger against the sensor and unlocked it, opened Facebook messenger and found her grandma Debbie’s face to video call her. Sophia said her mum was poorly and pointed the camera at her lying face down on the floor.

Debbie, 50, was 160 miles away in Herefordshire so called 999 while Sophia went to get a blanket and pillow for her mother. She also called Samantha’s husband, Nathan, who managed to co-ordinate people to go and help his wife and their three children, Ethan, four, Sophia, two and Finley, one.

Samantha came round in the ambulance following the incident on Saturday and has now made a full recovery where Sophia continues to check up on her.

She said: ‘I had previously spoken to Ethan about what to do and how to call for help in an emergency because he is the oldest child and could take it in.

‘I assumed Sophia was too young to understand and never thought about telling her but clearly she was listening as well. I didn’t realise how much she had soaked in.

‘My phone has a passcode and a sensor on the back which you can use to unlock the phone with your fingerprint.

‘She went onto Facebook messenger and clicked on her nan’s face. She knows that to speak to my mum, she needs to click on her face, but I didn’t know she knew how to unlock my phone and which app to use.

‘Sophia has always been caring, she would always come and cuddle me and ask me if I needed anything and she looks after her baby brother Finley.

How to have great sex during and after menopause

‘She was amazing and I dread think what would have happened had she not unlocked my phone.’

Debbie said: ‘When Sophia called I asked her where her mummy was and she kept saying that ‘mummy’s poorly, her head hurts’.

‘She repeated it again, so I asked her to show me mummy, which she did and, to my horror, I saw my daughter face down on the floor, in and out of consciousness.

‘I could see that the recycling bin had been knocked over so I was thinking she must have fallen over and hit her head or something.

‘I kept talking to Sophia and asking her if her mummy was breathing, and she was able to help tell the 999 operator through me what mummy was like.

When is the Sonic the Hedgehog movie released?

Girl, 2, used mum’s finger to unlock phone and call for help when she collapsed

‘Not once did she move, and she never came around from being unconscious.

‘West Midlands (Ambulance) didn’t let me off the phone until they knew that someone from South West (Ambulance) was tending to my daughter in Poole.

‘According to the doctors, she had a stomach bug, which made her very dehydrated and she collapsed because she hadn’t drunk enough.’

Samantha is now urging other parents to speak to their children, no matter how old they are, about the importnce of knowing who to call in the even of an emergency.

She added: ‘For me, it’s the importance of not only telling the oldest child.

‘It’s a lot of pressure to put on one child so it is worth telling all your children because you never know which ones are listening.’ 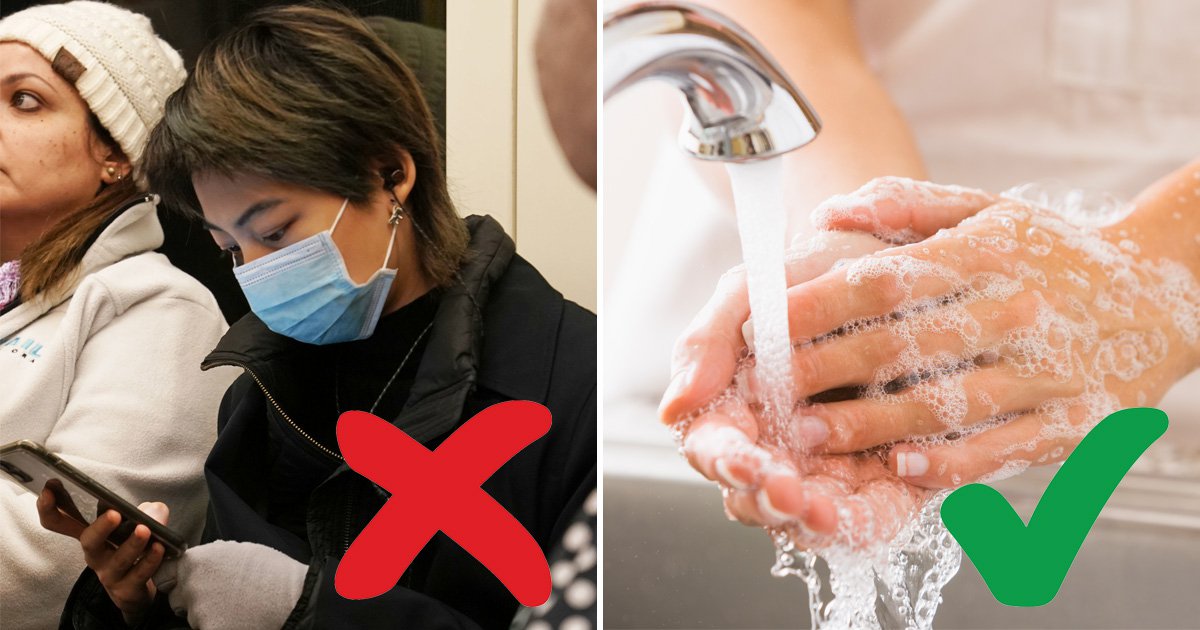 Face masks could be mandatory in all public places in London

Face masks could be mandatory in all public places in London