Brits have taken advantage of the good weather by visiting parks and beaches across the UK.

Pictures showed people sunbathing in temperatures of up to 25C on Sunday.

The skies were also clear and it remained dry but there was a cool breeze towards coastal areas.

Brits enjoyed the good weather at a number of spots, including Ruislip Lido in London, as the public were reminded to practice social distancing following the relaxation of lockdown restrictions.

The seaside resort of Lyme Regis was also busy as people flocked to the beach early in the day.

It was also another bright and sunny day at Camber Sands, East Sussex.

People arrived in their droves to lie on the golden fine sands where temperatures were in the mid-20C.

Several people defied attempts to close the beach at Durdle Door in Dorset after three people were seriously injured jumping off cliffs into the sea there on Saturday.

So-called tombstoners could even be seen jumping from the 200ft high sea arch again on Sunday despite the dangers.

Police, the ambulance service, the coastguard and the RNLI attended the beauty spot after Saturday’s incidents.

It’s been the warmest spring ever since records were first recorded in 1929. 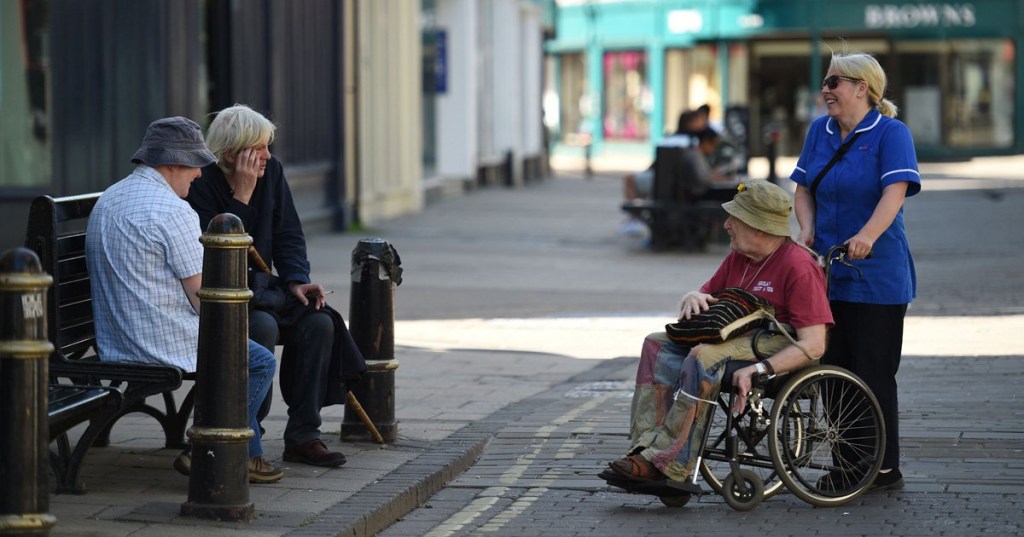