Thousands of people across the UK have opened their doors and windows to applaud NHS workers dealing with the coronavirus crisis.

Starting at 8pm, members of the public showed their gratitude for those working tirelessly on the frontlines of the pandemic. Among them, were Prime Minister Boris Johnson and Chancellor Rishi Sunak, who stepped outside 10 Downing Street to give their round of applause.

Others whopped and cheered in support, while some families were pictured holding signs directly thanking the NHS. Kensington Palace also got in on the action by sharing an adorable clip of Prince George, Princess Charlotte and Prince Louis clapping together at home in Norfolk.

There was also clapping at Windsor Castle, where Queen Elizabeth II and Prince Philip are staying, while Prince Charles and the Duchess of Cornwall were said to have joined in from the Balmoral estate in Scotland.

Organisers from the Clap For Carers campaign, which started online, said they set up the gesture to ensure NHS staff ‘know we are grateful’. Today’s applause came after a further 115 people died from Covid-19 – the UK’s highest daily increase from the virus so-far.

Other countries, such as Italy and Germany, have already been clapping for their health workers nightly as a result of the viral challenge. There are now calls for the UK to make it a nightly occurrence.

As well as tonight’s applause, landmarks such as the Wembley Arch, the Principality Stadium, the Royal Albert Hall and Lincoln Cathedral were all lit up in blue to honour the work of the NHS.

It was part of the #lightitblue campaign which has been organised by members of the events and entertainment industry as a way to say thank you to the UK’s health workers.

Images taken outside British hospitals showed NHS staff waving to those applauding them with smiles on their faces. In some areas, fireworks were set off by members of the public, while others played musical instruments.

Among those who joined the clapping in Northern Ireland this evening was a pastor who is recovering in hospital after spending a week in intensive care with coronavirus.

Father-of-three Mark McClurg, from Co Down, posted a video of him applauding from his hospital bed, with oxygen lines attached to his nose.

He said: ‘Thank you so much, thank you all the NHS staff. We love our NHS, we love you all, thank you for saving our lives.’

Tweeting the video, he wrote: ‘Thank you to the team in the Ulster Hospital for saving my life from the Coronavirus. I love you and I am so thankful for all your hard work.’

Earlier today, Health Secretary Matt Hancock said: ‘My colleagues in the NHS do so much to look after us, especially in our hour of need and never more so than during the coronavirus crisis, so let’s join together at 8pm tonight to say thank you to everyone in the NHS.’

The Queen also said the country is ‘enormously thankful’ for the commitment of all those working in science, health and the emergency and public services. 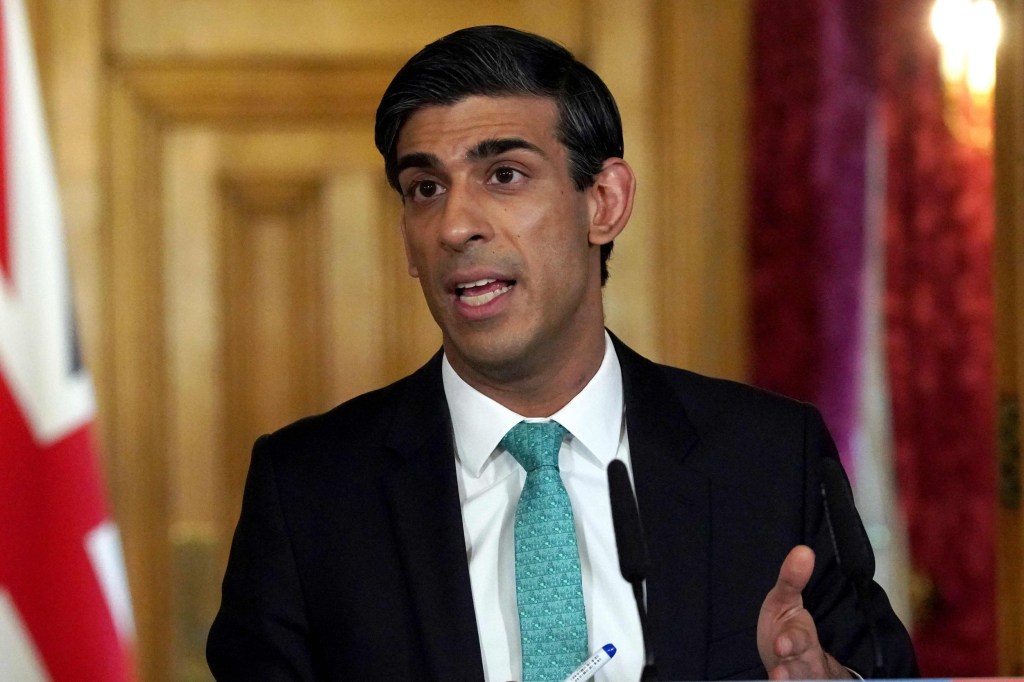