A mentally ill man who repeatedly stabbed a mother pushing her baby daughter in a buggy days has been handed a life sentence for attempted murder.

Mark Brazant, 44, attacked his victim just days after he was released from prison.

He set upon Josephine Conlon, 36, as she was on the phone to her mother while on her way home after meeting friends at a bakery in Streatham, south-west London.

On Christmas Eve 2019 he had been released from Thameside Prison and six days later he carried out the attack.

His victim, 36-year-old Josephine Conlon, had been returning home after meeting friends at a bakery in Streatham, south-west London, and was on the phone to her mother when she was set on by her paranoid attacker on December 30.

Brazant, who has schizophrenia and 19 previous conviction, stabbed her seven times on the face and neck before running off, and handed himself in to police on January 2.

Neighbours were alerted when they heard Mrs Conlon’s ‘blood-curdling scream’, and she recalled how she feared he was going to rape her before he fled.

She handed him a life sentence, with a minimum hybrid hospital and custodial term of 11 years, warning: ‘It is not possible to say when you will no longer be a risk.’

Sentencing him at the Old Bailey on Wednesday, the judge said: ‘It can only be imagined the horror and terror Josephine Conlon must have felt for her child.

‘It’s quite apparent to me that Josephine Conlon showed extreme courage when you attacked her, she was not the defenceless woman you thought you had at your mercy. She fought back.’

Giving evidence during the hearing, Mrs Conlon said: ‘It feels my life is on hold.

‘I struggle with large crowds and I am unable to leave my house after dark. Having said that, I have been lucky – all I have is a few scars.

‘I also feel I failed my daughter for walking her into such a dangerous situation and witnessing the attack on me. It could have been so different.’

Brazant, wearing a dark blue shirt and a face mask, had an intermediary in the dock next to him to explain proceedings throughout the hearing.

He had previously gone on trial over the attack, but jurors were unable to reach a verdict. He later changed his plea and admitted attempted murder when prosecutors called for a retrial.

The court had heard that Brazant had a history of attacking lone women for no reason and had a conviction for carrying a blade.

He was released on licence from prison on Christmas Eve to spend a year on post-sentence supervision, following a conviction for battery and common assault.

On his release, he reported to the probation service but records show he was asked to return the following week as Thameside had sent him to the wrong office.

Brazant was reported missing after he failed to turn up at a supported house for people with mental health problems where he was meant to stay.

Defence counsel Oliver Renton said his client was ‘paranoid and sleep-deprived’ at the time, ‘wandering the streets and sleeping on buses’, and added: ‘But for his mental illness, the attack would never have been carried out.’

Mrs Conlon told jurors she first realised she was in danger when she was shoved forcefully in the back.

She fell into a driveway, and the buggy containing her young daughter rolled on to the kerb and became wedged next to a parked car.

Mrs Conlon previously told jurors: ‘I remember thinking he had pushed me into the driveway because he was going to rape me.’

He fled the scene moments later.

Mrs Conlon, who was supported in court by her husband Greg, was discharged from hospital the next day but continues to have treatment for scars on her face and neck, the court heard.

In the early hours of January 2, Brazant walked into Wandsworth police station carrying a knife, and said he had ‘stabbed a person on the street two days earlier’.

During his original trial, Brazant, of Ealing, west London, denied he intended to kill Mrs Conlon, saying he was hearing voices telling him to hurt someone.

He said he chose Mrs Conlon because she was small, female, pushing a buggy and he did not think she would fight back.

Having stabbed her repeatedly, he told himself ‘that’s enough, that will do’ and left, he said.

The court heard Brazant was on medication for his mental health condition but had stopped taking it. 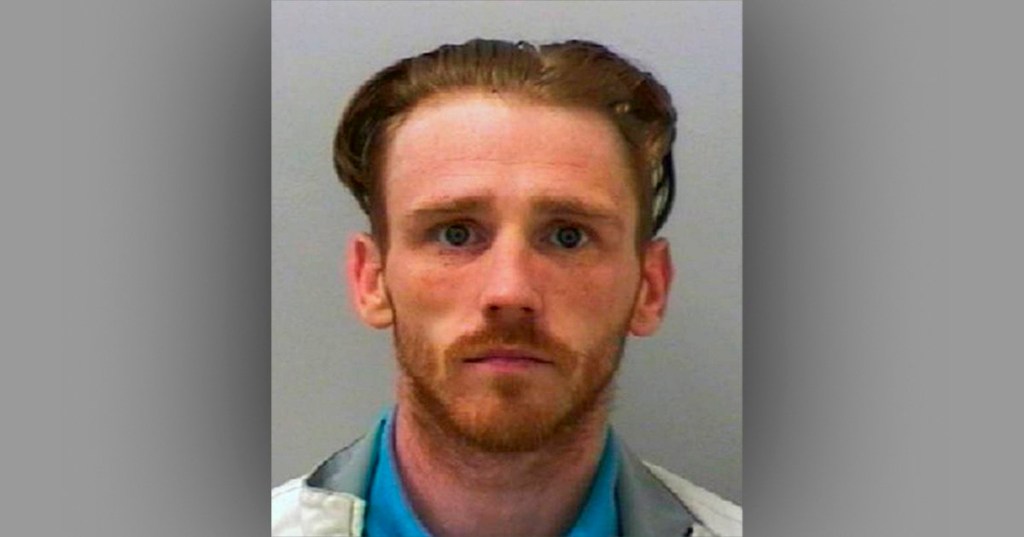