A new poll has put Labour three points on top of the Tories, sending Sir Keir Starmer ahead of Boris Johnson for the first time.

The survey, by Opinium for The Observer newspaper, put Labour on 42%, with the Tories on 39%.

It is the first time Labour has been ahead of the Government since early July 2019, when Theresa May’s time in office was coming to an end.

The poll also suggested 55% of voters believe Sir Keir is ready to be prime minister, and 40% believe Labour is ready to form the next government.

It is the latest poll to suggest unease among voters at Mr Johnson’s handling of the coronavirus crisis.

In the early stages of the pandemic, 65% of voters surveyed backed the Government’s handling of the crisis, but the latest poll suggested only 30% now approve.

The PM is coming under increasing pressure to control the spread of the virus, as cases and deaths steadily rise.

Wales has put three more counties into lockdown amid a surge of infections, while thousands of students have been forced to self-isolate in their university halls just weeks after starting the new term.

The Government is also under pressure to guarantee young people are not confined to their halls of residence over Christmas.

Labour has asked Education Secretary Gavin Williamson to ‘ensure that every student has access to testing to allow a safe journey home’ for the festive period.

But Culture Secretary Oliver Dowden said it would only be possible for young people to visit their family at the end of term if the country follows existing guidance.

He told Sky News: ‘I very much want students to be able to go home at Christmas, and if we all pull together and observe these new rules, we follow the guidance, then we will be able to get to a point where that should be possible.’ 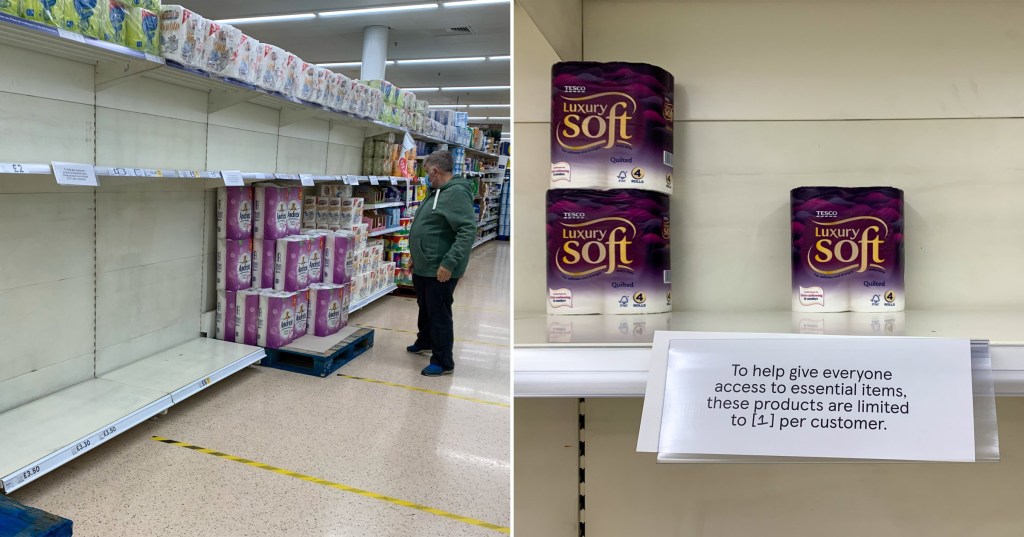 Up Next Are panic buyers back? Toilet roll and pasta disappear from shelves once again
Curated post Uncategorised business
Recent Posts