A mother has spoken of her shock after learning that her daughter’s suspected food poisoning was in reality multiple brain tumours.

Claire Fridd, 41, had been on holiday with her family in Spain when Rosa-Mae, six, started vomiting during the night. She put her condition down to bad food, but the sickness persisted once they got home.

She then took her daughter to see a doctor, who suggested that she might have colic. It was during routine eye test at Specsavers, however, that the family learned Rosa-Mae was suffering from high pressure on her optic nerve.

Claire, from Faversham, Kent, said that she had no idea that the sickness Rosa-Mae experienced was a common symptom of brain tumours.

Since her diagnosis, the now eight-year-old has endured 68 weeks of chemotherapy to shrink the tumours. She is known on the ward where she was treated as a brave girl who ‘never complains’.

She said: ‘The eye test saved her life because if it had gone on further then it could have grown more, but because we got there when we did she has no health deficits at all – she’s one of the lucky ones.’

Jason Gillian, ophthalmic director at Specsavers Canterbury, said: ‘This highlights why regular routine eye tests are so important at all ages.

‘While it is comparatively rare for us to find raised pressure on the optic nerve, especially in such a young child, it can be a sign of a potentially serious condition which needs urgent referral and treatment.

‘Millions of people in the UK have missed their scheduled eye tests during lockdown, so we would urge everyone to get themselves booked into their local store if their test is due – or if they have any concerns that their eyesight may have changed or they are experiencing any problems.’

Claire described her daughter as ‘the most brave, resilient, strong and happy person’ she knows.

She went on: ‘She’s amazing – she never stops smiling and is absolutely incredible.’ 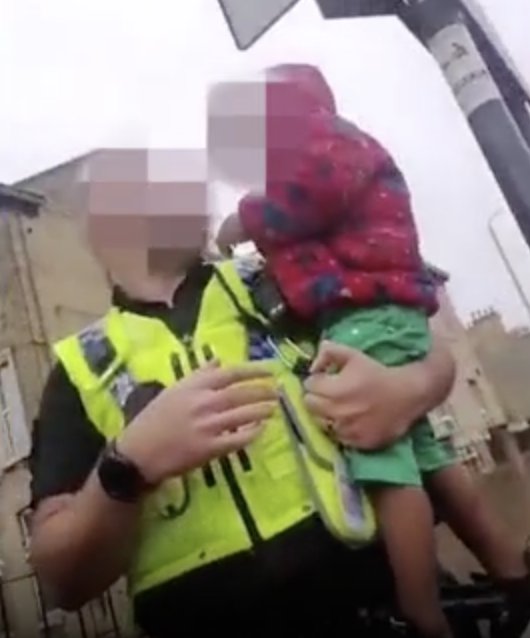