Dominic Cummings is already the centre of a political storm after it emerged he made the trip to Durham with his family while his wife suffered from coronavirus symptoms. On April 14 he was seen returning to work in Downing Street.

But a few days later on April 19 he was spotted back near his parents’ home on a walk with his wife. One eyewitness at Houghall Woods said the Brexiteer political strategist remarked: ‘Aren’t the bluebells lovely?’

Downing Street insisted he ‘stayed put’ on his parent’s farm on his first visit. But 70-year-old retired chemistry teacher said he saw Cummings and his family walking along the River Tees in Barnard Castle on April 12 – 30 miles from the Durham home.

The Prime Minister has been under increasing pressure to sack Cummings but he is yet to comment publicly on the matter. Downing Street stood by him after the first visit to Durham, saying he acted ‘in line with coronavirus guidelines’ by driving to his parents to organise childcare in case he also fell ill with Covid-19.

‘We will not waste our time answering a stream of false allegations about Mr Cummings from campaigning newspapers.’

Several cabinet members jumped to his defence also, including Chancellor Rishi Sunak, Health Secretary Matt Hancock and Transport Secretary Grant Shapps, who held an excruciating press conference this afternoon which was dominated by the scandal.

A couple, who say they saw Cummings on April 19 told the Mirror: ‘We were shocked and surprised to see him because the last time we did was earlier in the week in Downing Street. We thought “What double standards, one rule for him as a senior adviser to the Prime Minister and another for the rest of us”.’

Both of Cummings’ journeys were made before the first steps towards easing the lockdown were made last week. According to Government guidance, households should self-isolate for 14 days if someone in the family has coronavirus symptoms.

In a speech on March 18 the Prime Minister said: ‘Children should not be left with older grandparents, or older relatives, who may be particularly vulnerable or fall into some of the vulnerable groups’.

On March 30 Downing Street confirmed the PM’s head strategist had gone into self-isolation and said he ‘has some symptoms’. But on April 5 a neighbour says they saw him at his parents’ home in Durham belting out Abba’s ‘Dancing Queen’ in the back garden.

Durham Constabulary have said they spoken to the family about the matter, although Downing Street have denied this.

In a statement issued today, the police force said: On Tuesday, March 31, our officers were made aware that Dominic Cummings had travelled from London to Durham and was present at an address in the city.

‘At the request of Mr Cummings’ father, an officer made contact the following morning by telephone. During that conversation, Mr Cummings’ father confirmed that his son had travelled with his family from London to the North-East and was self-isolating in part of the property. Durham Constabulary deemed that no further action was required. However, the officer did provide advice in relation to security issues.’

Number 10 say Cummings went to a house ‘near to but separate from his extended family in case their help was needed’ owing to the ‘high likelihood that he himself would become unwell’.

In an article for the Spectator, Cummings’ wife Mary Wakefield makes no mention of the family’s trip to the North-East in her account of self-isolation between March 30 and April 6.

She wrote: ‘Dom couldn’t get out of bed. Day in, day out for ten days he lay doggo with a high fever and spasms that made the muscles lump and twitch in his legs.

‘He could breathe, but only in a limited, shallow way. After the uncertainty of the bug itself, we emerged from quarantine into the almost comical uncertainty of London lockdown.’

Cummings has stood his ground since the original story broke last night. When asked about his actions by reporters, he said: ‘I behaved reasonably and legally. Who cares about good looks. It’s a question of doing the right thing. It’s not about what you guys think.’

Today the Transport Secretary was accused of changing government guidance on the spot by saying it was ‘for an individual to make the decision’ on how best to self-isolate.

He added: ‘How do you have that support network around them, and the decision here was to go to that location and stay in that location. They don’t then need to move around from there and so it would be for each individual to work out the best way to do that, which is what’s happened here.

‘You have to get yourself in lockdown and do that in the best and most practical way – and I think that will be different for different people under whatever circumstances, their particular family differences, happen to dictate, that’s all that’s happened in this case.’

This appears to be a diversion on what the Government has been saying up until this point – to stay at home for the incubation period of the disease.

On April 5 – the same day a neighbour says they saw Cummings in his parents garden – Scotland’s Chief Medical Officer Catherine Calderwood resigned after apologising for visiting her second home on two occasions.

In early May Professor Neil Ferguson resigned from the Government’s Scientific Advisory Group for Emergencies (Sage) after it emerged he had broken social distancing rules to meet his married lover.

In the aftermath, Health Secretary Matt Hancock said he was left ‘speechless’ by what happened and said Mr Ferguson was right to have stepped down. 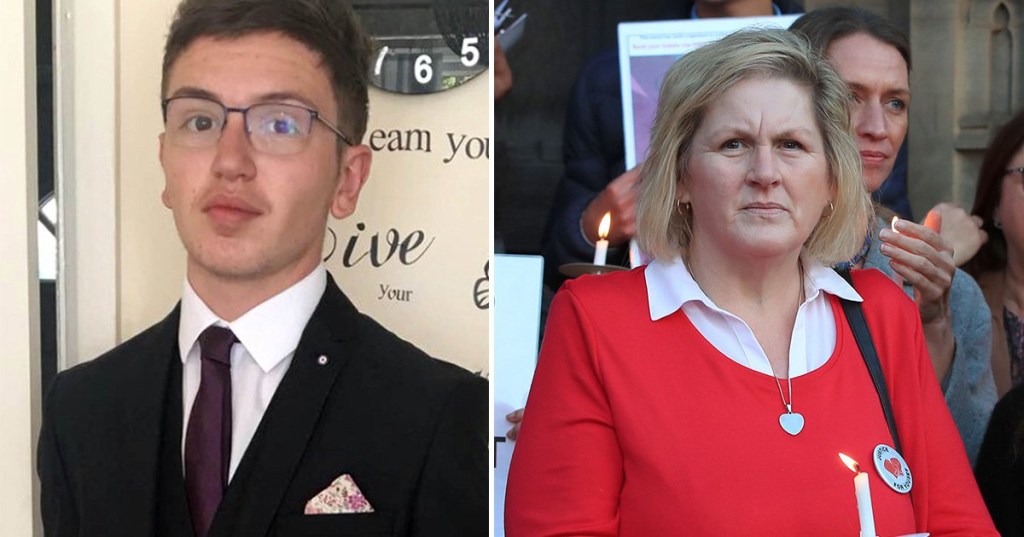