Granddad, 87, smiles as he leaves hospital after beating coronavirus

An 87-year-old grandfather has been pictured leaving hospital after battling coronavirus for two weeks.

Ewart Lockton had been diagnosed with pneumonia after testing positive for Covid-19 at North Manchester Hospital.

His granddaughter Sophie Edwards shared a photo of him leaving the ward on Wednesday, with the help of an NHS worker. She wrote on Facebook: ‘This is my 87-year-old Grandpa saying goodbye to staff at North Manchester Hospital where he’s been for two weeks with Covid-positive pneumonia.

‘He’s now finishing his recovery where he belongs, at home with my Grandma! Thank you to everyone for all their kindness and support through a difficult time and most of all…..thanks to the NHS!’

Sophie’s post quickly went viral on social media, attracting 78,000 likes and 68,000 shares. She has since been inundated with comments from strangers celebrating the good news and sending their best wishes to her family.

As of March 25, 463 people have died from coronavirus across the UK, the Department of Health reports. A total of 97,019 people have been tested, with 9,529 having confirmed cases of the virus.

Tonight, NHS workers on the frontlines of the coronavirus crisis will receive a round of applause from the public at 8pm. People are being called on to join the nationwide gesture from their doorsteps, windows and balconies.

The Clap For Carers campaign, which started online, is being staged because ‘during these unprecedented times they need to know we are grateful’, organisers said.

The Wembley Arch, the Principality Stadium, the Royal Albert Hall and Lincoln Cathedral are said to be among some of the landmarks which will be lit up in blue during the salute.

Meanwhile, the government’s call for people to help the NHS on a volunteer basis has now been widened after more than half a million people responded in just 48 hours.

Downing Street had initially launched an appeal on Tuesday for 250,000 people to help those self-isolating for the next 12 weeks, but more than double the number signed. The target has now been extended to 750,000.

Volunteers can apply online to help deliver shopping and medication to those in need, transport patients and NHS equipment, or check in and chat on the phone with individuals at risk of loneliness.

The Prime Minister’s spokesperson said: ‘I think the most recent number I’ve seen was around 560,000 people who have volunteered so far, which is amazing – but we want people to continue to volunteer and if we can reach a number of 750,000 then that would be fantastic.’ 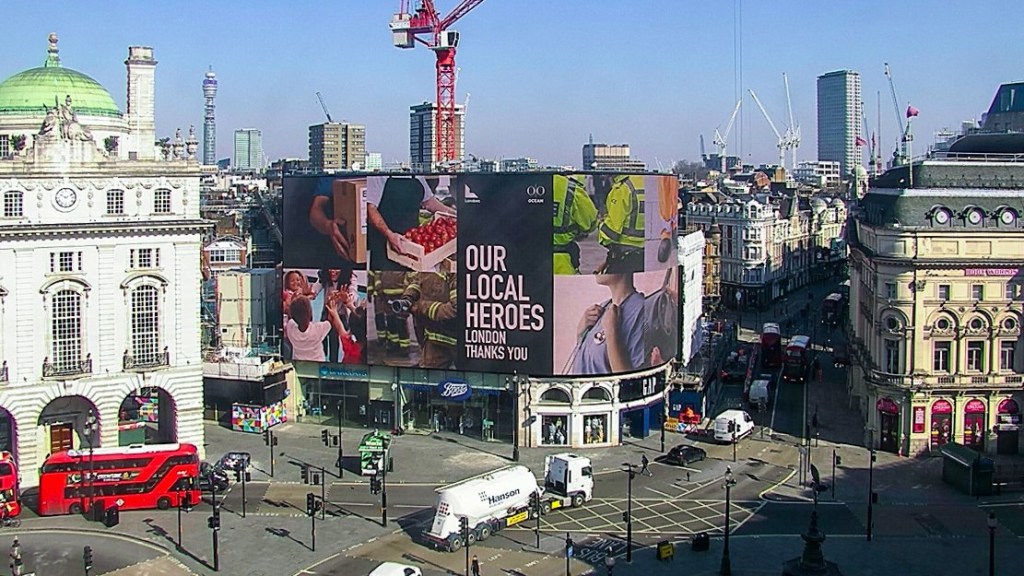 Up Next Up to 6,500,000 ‘could have coronavirus in the UK’
Curated post Uncategorised business
Recent Posts