The government is under pressure from senior Tories to change the ‘rule of six’ to exclude young children.

They said the rules must be ‘fair’ for parents, who might be forbidden from meeting anyone else if they had four youngsters.

The Health Secretary noted using different approaches in different areas, depending on Covid-19 case rates, are a ‘very important part of one of the tools in our armoury’.

New rules on social gatherings have also been implemented in Wales and Scotland by the devolved governments.

Speaking in the Commons, Tory minister Stephen Crabb said: ‘Is there not a really strong case for having one simple, understandable ‘rule of six’ that applies right across the country and actually one that has high levels of public support?

‘And to that end, I encourage (Mr Hancock) to keep an open mind about the “rule of six” that is in place in Wales and Scotland and the exemption of small children.’

Mr Hancock replied: ‘I absolutely keep an open mind on all of these things and we constantly are looking at the evidence and the data and updating policy accordingly.’

Tory former minister Chris Grayling added: ‘If you are lucky or unlucky enough to have four very young children, under these rules you’re not actually allowed to meet another household at all.

‘And I do hope that the Government will keep the rules under careful review and to look at every way possible of making them as fair as possible for every family.’

‘It is the same around the world that the rules that needed to be put in place to deal with the pandemic are not pleasant ones or ones that anybody would want to have enforced, but they are unfortunately necessary to save lives.’

Conservative Huw Merriman (Bexhill and Battle) earlier said: ‘Many of my constituents are struggling to understand why they can play five-a-side football but two connected families of five each cannot meet.

‘Can I ask the Secretary of State whether he will look at flexibility when local rates permit and also excluding under-12s? Christmas is just around the corner, I know he has to think about the health of the nation but I really would urge some flexibility on the part of the Government.’

The Health Secretary said children do transmit the virus and the rule in place is “as simple as possible” considering the risks, adding: “We do take an approach that’s different in different areas according to the extent of cases locally and that’s a very important part of one of the tools in our armoury.”

Conservative James Sunderland (Bracknell) asked if there is a ‘formal trigger for easing the rule of six and measures like it’, to which Mr Hancock said there ‘isn’t a formal rate at which we’ll make that review’ with everything constantly monitored.

Mr Hancock also said: ‘We will keep the rule of six in place only as long as it is absolutely necessary for health reasons, and the vaccines and treatments I spoke about, the mass testing regime, all of these are important to try to find a way through this virus with the minimal impact on the economy, education and people’s social lives.’

Labour’s Rosie Duffield (Canterbury) questioned why a group of people can meet to go grouse shouting when a woman’s partner cannot attend her pregnancy scans.

She said: ‘Whilst I’m sure that many ordinary people were thrilled to learn that the Government’s ‘rule of six’ does not apply to so-called sports such as grouse shooting where up to 29 people can mingle, expectant mothers in my constituency and across the country are unable to take their partners to crucial checks during pregnancy.

‘Currently, individual health trusts are left to make decisions on this leading to a postcode lottery. Isn’t it time that the Government stopped passing the buck like they did to school leaders and instead provide national leadership across the country on matters as vital as maternity care?’

Mr Hancock replied: ‘I have a huge amount of sympathy with the case that (Ms Duffield) makes and in fact, last week we changed the guidance on this to allow for much more … well, for partners to go with pregnant woman to these sort of tests and of course to the whole of the birth.

‘(Health minister Nadine Dorries) is leading on this and we’ve made some significant progress over the last week.’ 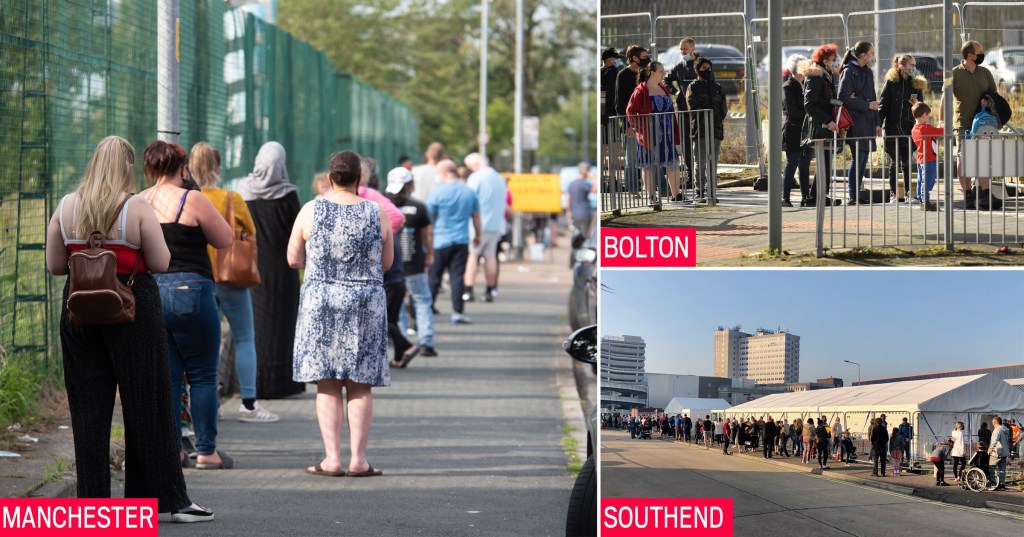