Desperate efforts are being made to contact delegates of a bus conference in central London that was attended by a coronavirus patient.

She was at the UK Bus Summit at the QEII centre on February 6 along with other high profile people including bus minister Baroness Vere of Norbiton and others from across the entire country. The patient went to Lewisham Hospital in an Uber three days later after coming down with flu.

Everyone who attended the UK Bus Summit have been emailed warning them that they may have come into contact with the Chinese national at the event. They received a letter from Public Health England telling anyone with symptoms to self-isolate and contact the NHS 111 helpline.

The email, seen by the Financial Times, said: ‘While the degree of contact you may have had with the case at the summit is unlikely to have been significant, we are taking a precautionary approach and informing you.’

Two healthcare workers at Lewisham Hospital have been put into isolation for two weeks while the Uber driver has been suspended.

Nearly 800 people were tested yesterday for the virus across the UK after the ninth confirmed case of coronavirus, also known as Covid-19.

There are fears that the disease may have spread on London Underground and people who show symptoms are being urged to stay at home and call 111.

The conference patient, who is in her 20s or 30s, is a Chinese national living with family in London and caught the virus in China. She became ill after arriving at Heathrow over the weekend.

After being tested at Lewisham A&E she was sent home for three days before the test came back positive.

Lewisham hospital said that no other patients came into contact with the woman who is now at St Thomas’ Hospital, central London, one of four units across the country that is dealing with UK patients.

Dr Robin Thompson of Oxford University said: ‘In general, if an initial case is in a densely populated area, then the risk of sustained person-to-person transmission following is higher. This is exacerbated by the fact that London is a transport hub, and the underground could provide a network to spread the virus quickly.

‘As a result, given this case was in London, it might be expected that there is an increased risk posed by this case compared to the others we have seen.’

The death toll from the coronavirus outbreak in China has reached 1,380.

He said what happens with coronavirus could go one of two ways, with the first scenario seeing the Chinese government getting on top of the epidemic and then a limited impact on the rest of the world.

The Department of Health said on Thursday that 2,521 people in the UK have been tested, of whom 2,512 were confirmed negative and nine positive. 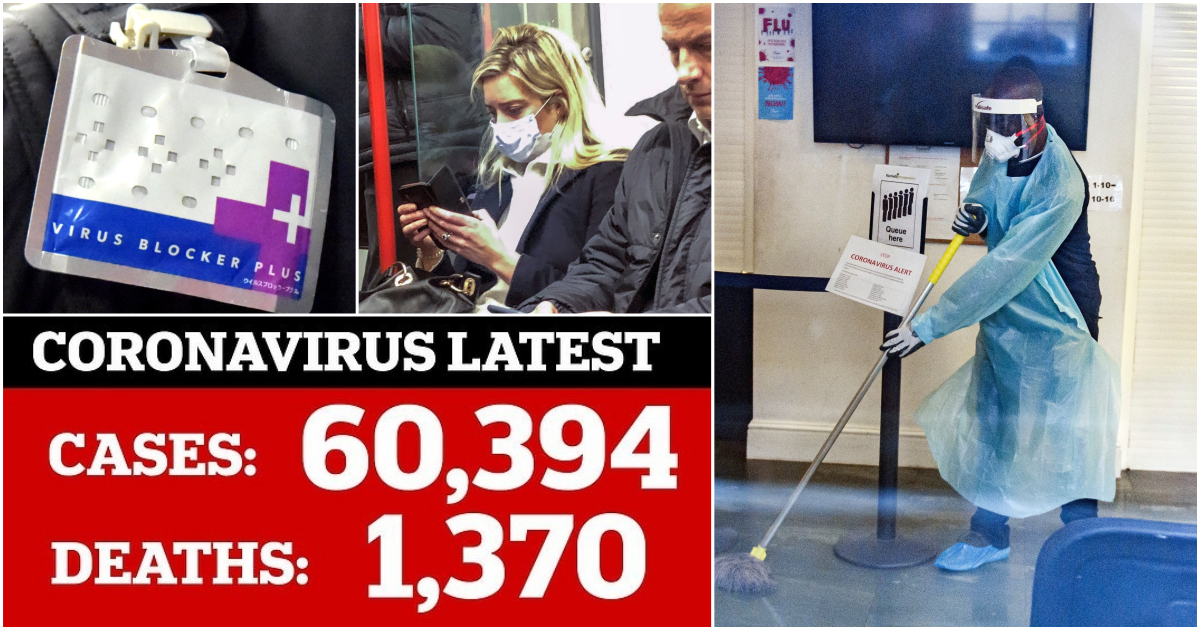