Just over one in ten pupils have still not started back at school in England, government figures show.

Analysis from the Department of Education shows that around 92% of state schools were fully open on September 10, and approximately 88% of students were back in class on the same day.

Schools are considered to be not fully open if they are unable to provide face-to-face teaching for all pupils for the whole school day and have asked a group of students to self-isolate.

Only 1% of schools said they were not fully open due to suspected or confirmed cases of coronavirus.

Anne Longfield, the Children’s Commissioner for England, said: ‘We should be concerned about the 10% who have not (attended school).’

She added: ‘The priority must be to support children’s emotional and mental health to enable them to settle, build confidence and begin to start making up for the learning lost.

‘This will only be possible if schools are able to stay open, which will need quick and local testing – something that there are clearly problems with at the moment.’

Schools in England have been hit with Covid-19 cases since it became compulsory for pupils to return to class this month.

Some have closed their doors days after reopening, while others have told year groups to self-isolate for two weeks following confirmed cases.

Headteachers have warned that a lack of tests could lead to staff shortages, lower pupil attendance and more partial school closures while teachers and pupils self-isolate at home.

But the DfE statistics suggest more than 99.9% of state schools were open – either fully or partially – on September 10, and the small proportion that were shut had a variety of reasons.

The response rate to the weekly survey of schools was 73% – but the DfE adjusted the data to account for those that did not respond.

Pupil attendance was higher – around 90% – in fully open state schools on Thursday, according to the analysis.

On average, around 95% of pupils attended state schools in England in the 2018-19 academic year.

Schools in England began welcoming back pupils in all year groups for the autumn term this month.

It is the first time many pupils have stepped into a classroom since March, when schools were closed due to the coronavirus pandemic – except for vulnerable children and those of key workers.

Councils can fine parents £120 – cut to £60 if paid within 21 days – over a child’s absence from school, with the threat of prosecution if they fail to pay.

The DfE has said fines for parents who refuse to send their children to England’s schools this term will only be used as a ‘last resort’.

Education Secretary Gavin Williamson said the Government will continue to work with schools, local authorities and parents ‘to make sure as many children as possible attend school’.

He said: ‘The best place for children and young people to learn is in the classroom, and it’s encouraging to see that last week more than seven million pupils were back with their classmates and teachers at schools around the country.

‘I do not underestimate the work staff have done to put in place the protective measures required to reduce the risk of transmission.

‘But as the UK’s chief medical officers have already made clear, the risk of catching coronavirus at school is low, meaning that the wider risks to children being out of school is, in fact, far greater.’

Paul Whiteman, general secretary of school leaders’ union NAHT, called on ministers to ‘take the threat of fines off the table’ for this term.

He said: ‘Despite the Government’s U-turns and last-minute changes, schools have stuck to their task and their efforts have clearly given confidence to parents and families.

‘But we should not take anything for granted. Problems accessing tests for those staff and families displaying Covid symptoms is causing chaos for schools right now and could jeopardise attendance remaining high.’

The figures also show that around 37% of children who usually attend childcare in term time went back to an early years setting on September 10.

And around a fifth (21%) of vulnerable children aged 0 to four – around 18,000 – attended an early years setting on Thursday last week.

The DfE said it expected the figures to settle in a few weeks as more providers open to children. 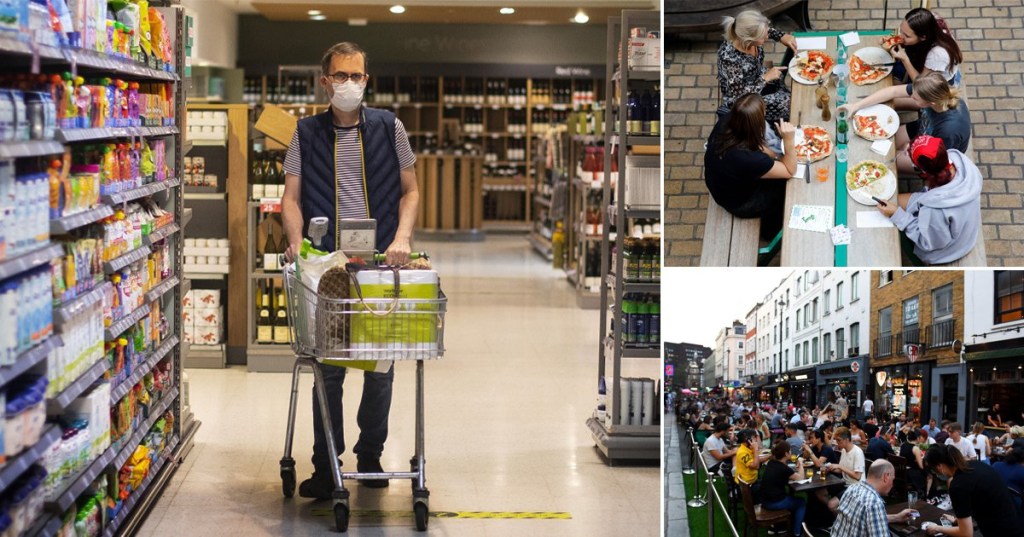 Up Next Shoppers spent £155,000,000 less in supermarkets during Eat Out to Help Out
Curated post Uncategorised business
Recent Posts